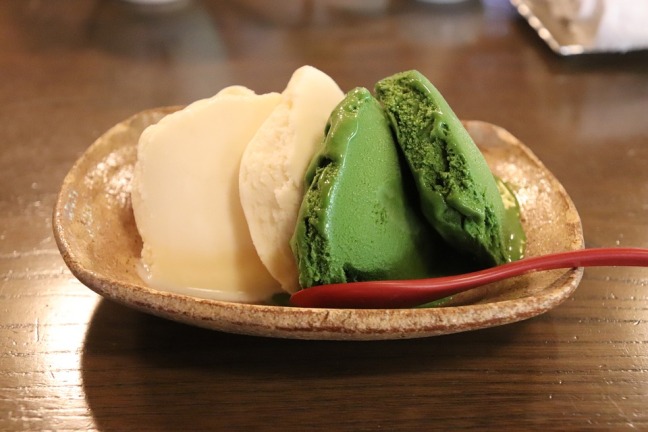 When I was a teenager I had the pleasure of working in an authentic Japanese restaurant. The sushi chef was flown in from Japan and was working in the restaurant the first night he arrived. All of the ingredients were bought from Japanese vendors, the decor was imported from Japan and the head waitress was an experienced server schooled in traditional customs of Japanese fine dining complete with slippers and kimono.

I was always amazed at the chefs’ ability to create so many delicious tastes from different combinations of the same ingredients. Of course, I loved their desserts. They served Green Tea and Red Bean ice cream and yokan, a jellied dessert made from red bean paste. Red bean is a very popular ingredient in Japanese desserts. If you have tasted desserts made with it, you know why. 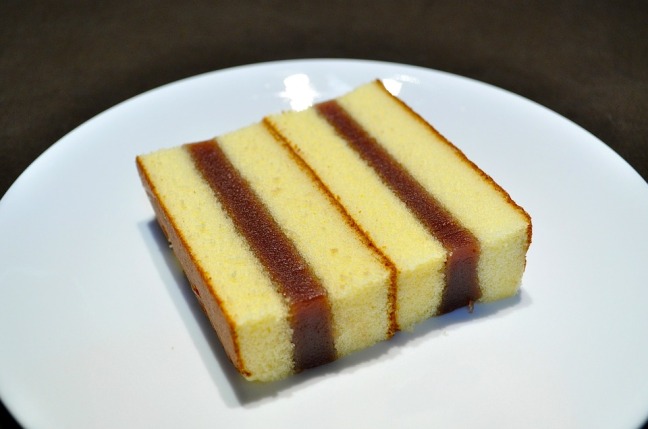 I tried sneaking into the freezer whenever possible to get a few spoonfuls of green tea ice cream. It is said to have been on the Japanese Royal menu during the late 18th and early 19th centuries. I can believe it.

The existence of Japan dates back to prehistoric times. There are archaeological finds to confirm this. The first reference to the country of Japan was recorded in the Book of Han, a Chinese historical record during the first century AD. Throughout the centuries Japan’s rule was passed back and forth between imperial dynasties and military factions with shogun warriors to enforce the law. The nexus between Japanese advancements and political power gave way completely to a centralized government ruled by an emperor. Today, Japan possesses the oldest heredity monarchy with 125 recorded emperors.

After WWII, Japan developed its own constitution for a limited monarchy, aka, constitutional monarchy, granting no one absolute power. The modern-day Japanese monarchy functions somewhat as do the monarchs of the British Royal Family.

There could not be a more supremely traditional food and common dessert ingredient than mochi. Mochi is a rice cake made from short grain glutinous rice that is finely ground up and molded or shaped, colored or sweetened. There is a ceremony for making mochi called Mochitsuki. It is said to have its start after the Kami fell to earth (supernatural spirits worshiped in the Shinto religion) and gifted Japanese civilization with rice cultivation in 300 BC to 300 AD. Mochi is a common Japanese food but is traditionally enjoyed most during the Japanese New Year.

What a magnificent culture and history. I hope all of its mystical and spiritual traditions will be kept intact. They are perfect reflections of the times and vivid beauty of Japan.

4 thoughts on “Desserts from Japan”